NG3 was created in October 2012 by Damien FEGER. He graduated in 1984 from Ecole Centrale Paris Engineering school, followed by a Master of Science in Naval Architecture and Off Shore Engineering from University of Berkeley, California.

In 2000, he joined the Snecma rocket engine division to develop a new business of equipment for LNG terminals and carriers, based on this division experience in handling of liquefied Hydrogen and Oxygen.

This resulted in the development of a first PLUG concepts for shore connection of Diesel Electric LNGCs to the shore power grid and of the very successful release on the market of a game changing Gas Combustion Unit solution. Following change in Snecma management, this Gas Combustion Unit activity was sold to Alfa Laval and became the industry standard with more than 100 LNGCs equipped ! and Damien quitted Snecma to create, with an investor fund, New Generation, Natural Gas, (NG2) to further develop a concept of argon filled insulation for LNG tanks and the PLUG shore connection solution.

The argon filled insulation concept was unsuccess full and discarded, but PLUG got a first order from Color Line in 2010… 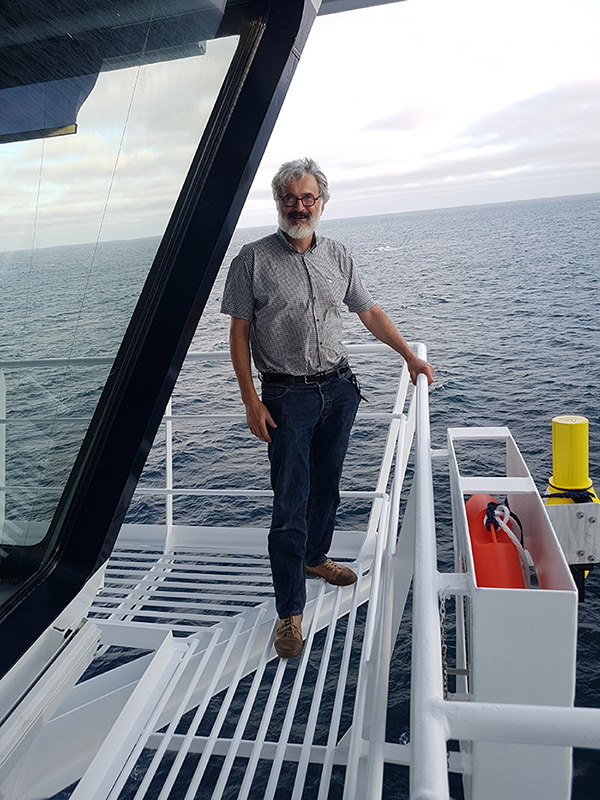 In 2012, Damien Féger and other NG2 share holders decided to split and he created New Generation , Natural Gas, Natural Growth, (NG3) to go on with PLUG and other innovative developments for the shipping industry. Subsequently, NG3 has successfully developed the PLUG shore connection, the ECOFLARE Gas Combustion Unit, the SMART automated mooring solutions and is importing, from Norway, KI-Elements safety gears…. 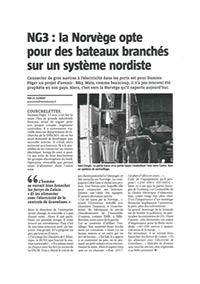 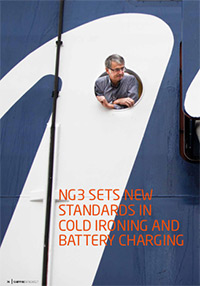